No shortage of nominations but for which category?
In no particular order of importance the following questions raise their ugly heads.
1. Smith is clearly a shyster of the first order but to whom? The most useless worthless franchises seems to be the appropriate category.
2. What to do about Wall Street Institute? Not nice people - sure - but as bad as some of the breathtakingly bad Chinese schools? No they can't be that bad, because they have to obey French labour law or face the guillotine. In China complain and you'll find you'll be shot at dawn and your body parts flogged on the open market by midday ready for a lucrative transplant.
3. Worst DOS? No nominations. Why? I suspect that a bad school and a bad DOS often go hand in hand. This however doesn't seem to apply to slimy Shane where there is clearly the odd good DOS amongst the many megalomaniac inefficient crap ones.
4. Worst building? Clearly there are loads of candidates for that in China but building regulations elsewhere are designed to stop your classroom literally falling down around you.
5. What about the shafted students? There should be a nomination for the poor sods who have lost money on fly by night "schools".

Let's get back to basics with revised categories.
OVERALL OSCAR WINNER WORST SCHOOL 2007
ASTA Kids Club in Incheon, Korea. This dump epitomises all that is bad in TEFL. Not the biggest rubbish TEFL tip but clearly a horrid place in which to work.
WORST OWNER
A close call, but Shane has to win because of the sheer number of teachers ripped off either through Shane schools or through the totally crap Saxoncourt Recruitment.
WORST DOS
ASTA Kids Club in Incheon, Korea wins a second award. An endless supply of creepy crawleys for your nightmares.
WORST PAID
Considering that England is so expensive - "East London School of English" wins by a cucumber. Salaries elsewhere in the world are lower but try living in London on what they pay you!
WORST LOCATION
China. Can be good if you're lucky but may God have mercy on you if you get it wrong!
WORST FRANCHISE (for people daft enough to buy one)
Smith's School of English, Japan. Shame on International House London as well and worthy of a special mention.
WORST JOB BULLETIN BOARD
TEFL.com. No attempt at all to inform the unsuspecting teacher of crap outfits. At least Saint Dave Sperling has a forum (albeit heavily neutered).
WORST TEFL COURSE PROVIDER
A no brainer. The odious prat Paul Lowe of Windsor TEFL Courses should be erased from the TEFL map and if a certain Wally Windsor gets his way he will receive the global publicity he deserves.
WORST SHYSTERS FOR STUDENTS
Wall Street Institute for being bankruptcy bandits.

As you have probably gathered The Inspector is not in a good mood. Just thinking about some of these "schools" brings out boils on his bum and he can't sit down. 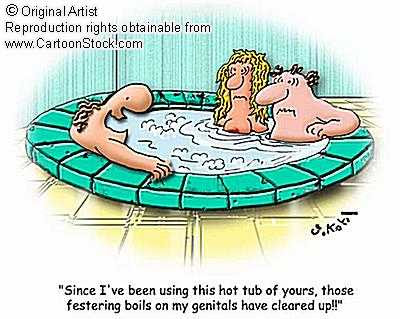