An Ambassador is Recalled

Absolutely nothing to do with TEFL but I was so amused by this article on the BBC website I just had to post it here, as it's priceless. For all you politically correct lot out there The Inspector would like to state categorically that he is not having a dig at:
I think that just about covers the lot so read on and let this be a lesson to you all.....................

Israel recalls 'naked ambassador'
Israel has recalled its ambassador to El Salvador after he was found drunk and naked apart from bondage gear.
Reports say he was able to identify himself to police only after a rubber ball had been removed from his mouth.
A foreign ministry official described Ambassador Tzuriel Refael's behaviour as an unprecedented embarrassment.
The incident, which happened two weeks ago, has renewed calls for a radical overhaul of the way Israel appoints and promotes its diplomats.
San Salvador was Mr Refael's first post as ambassador. He was promoted in 2006 from a technical position in the ministry which had involved several foreign postings.
He was being recalled, although he had not broken any laws, foreign ministry spokeswoman Zehavit Ben-Hillel told reporters.
She confirmed that lurid reports of the incident in the Israeli press were accurate.
"We're talking about behaviour that is unbecoming of a diplomat," she said.
Israel has been rocked by a recent series of misconduct and corruption scandals, shaking public confidence in the political leadership.
Haaretz website reports that police found Mr Refael in the Israeli embassy compound where he had been found bound, gagged and naked apart from sado-masochistic sex accessories. 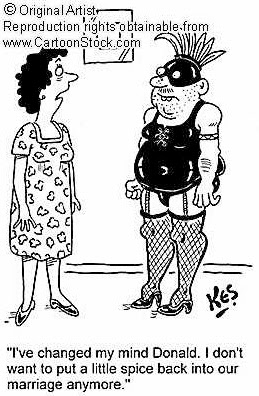 With a bit of luck this might be common practice over there. The Inspector can think of a few language school owners who might enjoy a trip to the sun although there is always the risk that if their wives call they might have to say that they can't come to the phone as they're tied up.

The Inspector is Exposed

Rum times and all that. Those of you who guessed that The Inspector's motives were not, eehrm shall we say all that they seemed, will be snorting tonight over a pint or two of fermented yak's milk (yes that wonderful drink is catching on)!
The real truth is that ever since Lady Florence McHammered divorced me, I've been pursued relentlessly from place to place. Luckily my good colleagues at Scotland Lard are shielding me as best they can from bailiffs and the like but the old bat screwed me for every last bean in court and I'm damned if I'll just hand it all over to her, well it's not reasonable. After all's said and done, who laundered the bloody stuff? So an 80 day around the world TEFL trip seemed the ideal solution to escape from her greedy clutches.
I got out of Italy by the skin of my teeth. She arrived in Cognito only a couple of hours after I'd left and now it seems the old cow's on her way to Val Ferret! I'm going to have to make a break for it under cover of darkness.
I'll disguise my appearance and just disappear for a while, naturally after covering my (yak) tracks so to speak. I've hired a car but God help me if she gets anywhere near it as she's quite likely to do something to the brakes and after the demise of the yak, I now realise that it's a long way down (as the Bishop said to the Actress, but I digress). I'm nearly done with Switzerland, to be honest, and just to let you know, in the strictest confidence, the Swiss don't appreciate the old Inspector's humour. Unexpected breaking of wind, the odd burp, saucy jokes....no joy, not even a brief flicker of a smile from the locals, even my fruity exploits in The Banana Club in Amsterdam were about as popular as a fart in a crowded lift.
Switzerland is definitely not a bundle of laughs! Plenty of mountains, nice fondue, loads of gnomes, but not a joke in sight! Definitely Rum times! Now that I think of it, I'm just about ready for a swift tot of Jamaican best!
Before I go though I'll be entering the Dragon's Lair very soon.
Yes dear readers, Inlingua have their HQ in Bern, which apparently means Bear (as in hug). Whether I can bear it though is another matter. Hopefully I'll emerge in one piece from the notorious Inlingua Dungeon and (after debriefing) be able to report back to all ye TEFL troops at the various frontlines around the world and having prised open the doors to the Inlingua Fortress, God willing, will be able to fill you in on the Inlingua "way".
With a bit of luck Lady Florence won't be around. The old tart has a numbered Swiss bank account and might just try to kill two birds with one stone. Nail The Inspector and make a quick deposit. Anyway mum's the word. It'll be a hush hush operation behind enemy lines. 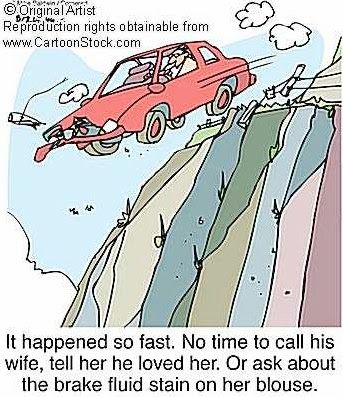 FOR THE MOST RECENT POSTING CLICK HERE
FOR BLACKLIST NOMINATIONS CLICK HERE
Posted by Inspector Mchammered of the Lard at 3/13/2007 01:36:00 am No comments: