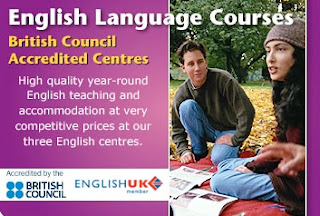 That old scourge of the TEFL underbelly Sandy Mcmanus has an interesting article on the TWIN outfit which sounds an absolutely dreadful place to teach EFL, (even if only half the allegations are true). That's actually a tale for Sandy to tell in his own inimitable style, I was more intrigued by a few mentions of teachers working without Criminal Record Checks and whether the organisation (TWIN) were breaking the law.

The short answer would appear to be "no", as TWIN appears to be under no legal obligation to carry out CRB checks, as private language schools are not under the control of the Department for Education and Skills in England (who deal more with compulsory education). An apparent glaring loophole you will no doubt mutter, BUT.....................

This organisation is British Council approved. and if they are employing teachers who are in contact with children. this would appear to be a clear breach of The British Council's code of good conduct, which clearly states:

Employers must take all reasonable steps to ensure that
they do not employ persons with recorded offences
against children in positions which will bring them into
close and/or regular contact with under-18s.

The Inspector would advise anyone working for TWIN who knows of teachers being employed (and teaching under 18s) WITHOUT a Criminal Record Disclosure (CRB enhanced disclosure), to register a complaint with The British Council without further delay.

Will it take a scandal for this loophole to be closed? At least The British Council can take action and hit TWIN where it hurts.... in their pocket.

FOR THE MOST RECENT POSTING CLICK HERE
FOR BLACKLIST NOMINATIONS CLICK HERE
Posted by Inspector Mchammered of the Lard at 4/02/2007 07:34:00 pm

Well I never! Click HERE to watch the movie and you will see that even Berlitz in Switzerland have a sense of humour. I assume the chap in the video is an advanced Berlitz student. FOR THE MOST RECENT POSTING CLICK HERE
FOR BLACKLIST NOMINATIONS CLICK HERE
Posted by Inspector Mchammered of the Lard at 4/02/2007 02:40:00 am No comments: