The Inspector is in Cloud Cuckoo Land

After The Inspector had to push yet another plate of pasta down his throat he protested by pushing off over the Alps to Switzerland. Eighty days is a long time to be on a yak and with boils on his bum he was cursing everything in sight by the time he finally made it over The Saint Bernard Pass. After a much needed stop for the obligatory slug of brandy he pressed bravely on into the land of the Cuckoo Clock.

Italy, in The Inspector's considered opinion, is full of mad macho testosterone fuelled male maniacs (totally wasted on the beautiful women) and the whole population could do with a collective madness-immunisation course for their own self-protection, of say valium or some other suitably strong sedative.

So what TEFL rogues lurk in cuckoo country?

The Swiss are notoriously secretive so a ferret or two might be have to be let loose, so to speak, up the odd trouser leg of some unsuspecting Swiss language school owner. 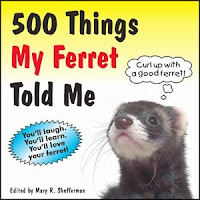 FOR THE MOST RECENT POSTING CLICK HERE
FOR BLACKLIST NOMINATIONS CLICK HERE
Posted by Inspector Mchammered of the Lard at 3/02/2007 02:57:00 am 2 comments: