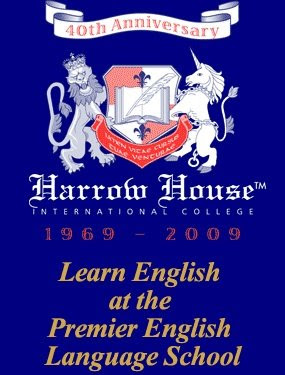 Yet another totally plausible tale of woe . Posted on the "Mr Andrew Kirby, formerly of Harrow House" section. They don't seem to have improved over the years. This "school" appears one to avoid. Bargepoles out troops. Any comments, especially from Harrow House would be welcome.

"I am a TEFL teacher and I have recently sponsored a student on a Harrow House sandwich course. I have been appalled at the college's lack of duty of care for the student over the whole placement period. They cut short his initial time at the college on the basis of having an early prime placement for him. It eventually transpired that HH just wanted to get him placed "somewhere" and placed him at Alton Towers. here, he received no college initiated contact or follow-up and Alton Towers just used him as a "labourer" with absolutely no interest in his personal development. The management and supervisory staff (who were of dubious management calibre) were only interested in getting tables cleared and re-set for the large number of guest covers. He was placed by a local estate agent in "homestay" accommodation - supposedly to help with his use of spoken English. HH took no interest or part in this, leaving it to Alton Towers who didn't care where he lived so long as he got to work on time. (.....and incidentally made him pay his fare every day - out of taxed income - for the staff bus!)The "homestay" was with a single man of 67 years of age who spent little time in the house and when he did, he heavily smoked cigarettes. (The student is a non-smoker). Representations by me to the college were met with a "mind your own business" attitude. The student of course, being a foreign national preferred to tolerate the situation rather than raise any issues. He is now nearing the end of his placement at Alton Towers and has hated what should have been an enhancing life experience in a foreign country. His English has hardly improved at all and his Hospitality Industry experience has been limited to subservient restaurant activities in a low class high-volume restaurant. Eight days from the end of his placement, he has had absolutely no contact from the college about where he will be staying for the final 2 weeks of his course in Swanage. I would urge any foreign student considering HH to think again and find another college providing a hospitality course in the UK. On a scale of 1 (poor) to 10 (Excellent) I rate this college and its hospitality sandwich course as minus 10!"

?Inspector McHammered of the Lard in Pamplona, Spain