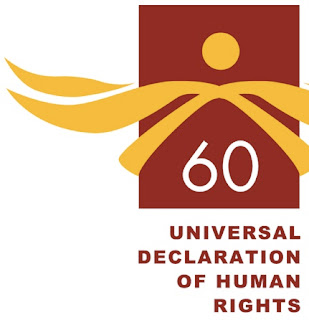 And why not stand on your virtual soapbox and let rip? This speech was posted on the Oscar Results 2008 section just below and worthy of a posting in its own right. As always, all comments are welcome.

"FOR OWNERS OF THESE SCHOOLS
Human dignity refers to a state of righteousness, integrity, or virtue in human beings. The term dignity is defined as "the state of being worthy of honour or respect." When this concept is associated with the adjective "human", it is used to signify that all human beings possess intrinsic worthiness and deserve unconditional respect, regardless of age, sex, health status, social or ethnic origin, political ideas, religion, or criminal history. If violated, this can be considered discrimination. In other words, this respect is owed to every individual by the mere fact that he or she is a "member of the human family" (Universal Declaration of Human Rights, 1948, Preamble). This intrinsic worthiness is widely recognized by international law as the source of all human rights. In this respect, both the International Covenant on Civil and Political Rights (ICCPR) and the International Covenant on Economic, Social and Cultural Rights (ICESCR) of 1966 affirm that human rights “derive from the inherent dignity of the human being”. At the philosophical level, following Kant, the expression human dignity is used to indicate that persons should always be treated as ends in themselves and NEVER MERELY AS A MEANS. Kant presents “dignity” as exactly the opposite of “price”: while “price” is the kind of value for which there can be an equivalent (roughly economic value), “dignity” makes a person irreplaceable. Therefore, dignity can be explained as a requirement of non-instrumentalization of persons.

ITS TIME TO STOP THIS ESL/TEFL EXPLOITATION ONCE AND FOR ALL. THE JOB OF ENGLISH INSTRUCTOR DOESNT EQUATE TO SLAVE LABOR, NOR DOES IT GIVE YOU AS OWNER THE RIGHT TO TREAT INSTRUCTORS AS YOUR PROPERTY! "
Posted by Inspector Mchammered of the Lard at 11/01/2008 08:12:00 am